Help us to improve situational awareness for all aircraft crossing the English Channel. 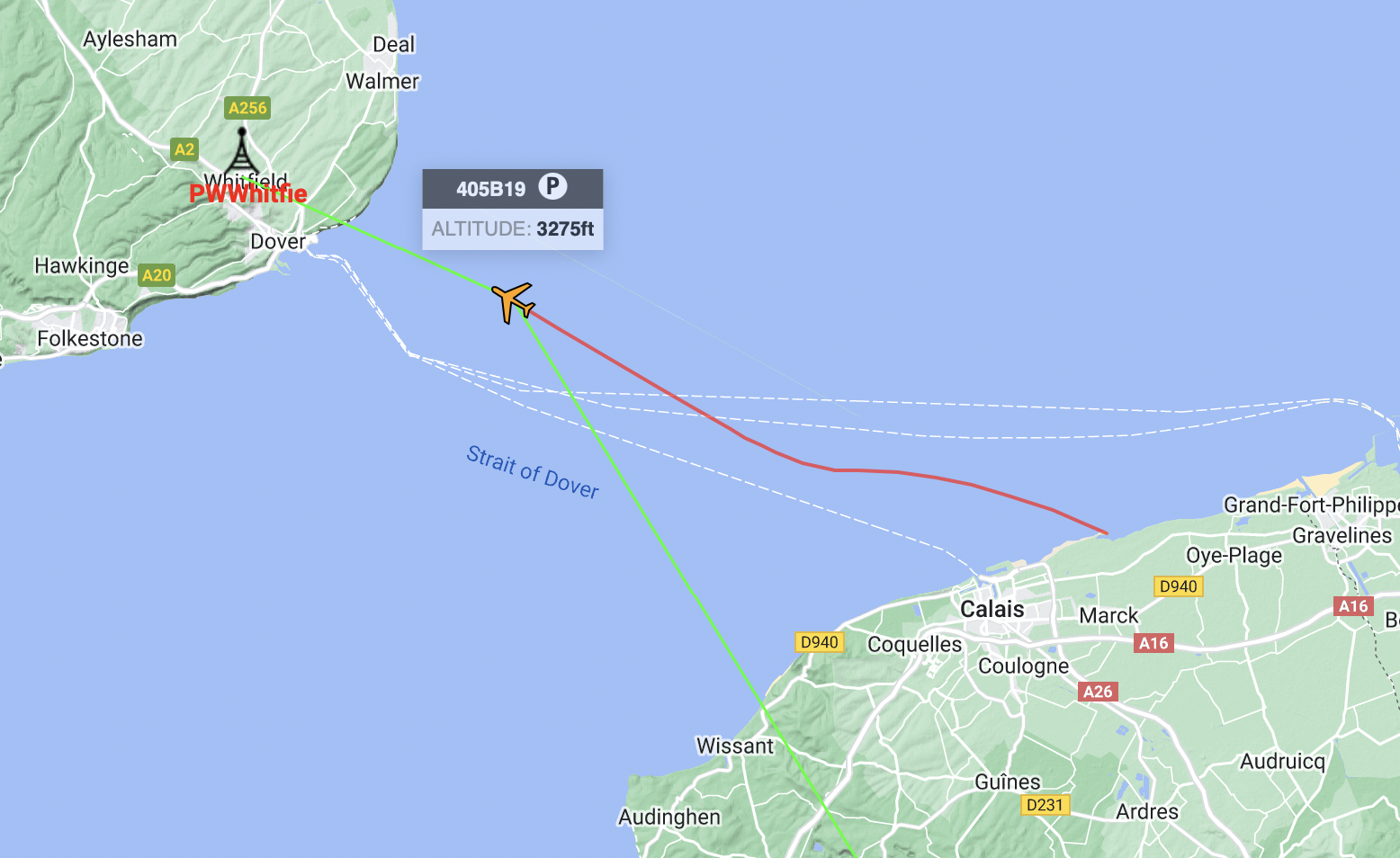 Crossing the Channel and flying to France is one of the must-do adventures for all General Aviation pilots at least once in their career. Information on how to do this successfully can be obtained from your local CAA/EASA certified flying school. However, taking the step to your first crossing can be daunting. Not the least worry is the fear of not being detected if you should ditch in the channel due to engine failure. The engines that we use now are very reliable but there is always that glorious uncertainty.

Obviously, everyone who crosses open water will file a flight plan and be under a radio service but who is looking out to see exactly where you are over the wet stuff when the unexpected happens?

Most of the aircraft we fly will be picked up by Primary RADAR although the trace may be low on very light SSDR and fabric-covered aircraft. How low the Primary RADAR detects aircraft across the channel is uncertain, as it is normally optimised for en-route commercial aircraft. Also, not all aircraft are equipped with Mode-C/S transponders with co-operative Secondary Surveillance RADAR returns, which doesn’t help. However, thanks to the DfT/CAA grant, the amount of UK equipped aircraft with electronic conspicuity has increased significantly over the last couple of years and this can help.

Transmissions from all of these devices can now be detected by the PilotAware ATOM GRID Network of ground stations and the relay of information using PilotAware SkyGRID™ and iGRID.

Have a look at the trace of the sports cruiser G-MOOV being tracked from Calais, all the way back to its base in the Midlands, after attending the May fly-in at St Omer. To animate the trace zoom in on Calais select the aircraft and then pull the progress slide from left to right to run the track.

As the aircraft moves, a green vector will show which station or stations are monitoring the flight. The first station to pick up G-MOOV is PWVerchoq in inland France. Thanks to Robin for installing this site. (PWVerchoq also tracked the aircraft to and from St Omer). PWVerchoq station then tracks the aircraft across the channel until a point where it is also picked up by the ATOM station at PWWhitfi and then it is picked up by other ATOM stations as it flies North West through Kent. Once it has reached the Sittingbourne area the aircraft is tracked by 4 or more ATOM stations simultaneously as it flies through the more populated ATOM areas. G-MOOV is also tracked by airborne PilotAware equipped aircraft, that have the latest software installed which includes SkyGRID™ and iGRID, which also passes aircraft information to the PilotAware servers from which the trace is constructed.

As can be seen from the screenshot below that a single ATOM station will detect aircraft at 55Kms across open water, in this case from Lands End to St Marys on the Scilly Isles. To do this the ATOM station must have a good line of sight and a good signal from the aircraft with no obscuration.

The current problem is that there are not currently enough ATOM stations on either side of the channel to guarantee that all EC devices will be picked up all of the time. (An ATOM station will detect PilotAware, Flarm, Sky Echo, Mode-S and Fanet+ devices). So more ATOM stations are needed on both sides of the channel. Suitable sites include Hawkinge, Folkstone, Deal, Dymchurch, Lydd and other sites a few miles inland. On the French side sites at Calais, Boulogne, Le Touquet, along the coast or a few miles inland like PWVerchoq would be perfect for redundant coverage mid-channel.

If you are interested in helping by installing an ATOM station at your flying site or private location, then please contact atom@pilotaware.com and we will be able to show you how we will subsidise the installation to help flight safety across the channel for everyone.

The same goes for other popular water crossings. Except from the westerly direction, the short hop across to the Isle of Wight is covered, but other water crossings such as the Isle of Man, Northern Ireland, the Bristol Channel and the Scottish Isles would also benefit. In fact, anywhere along the UK coast is an ideal spot.

Thanks for your support.

Your Shopping Bag is empty

Product is not available in this quantity.
EC Devices
RosettaATOM
Services
VECTORSkyGRID
Support
Contact UsKnowledge BaseTerms of Use

PilotAware® is a registered trademark of PilotAware LTD. All site content, unless otherwise noted, is Copyright 2015-2022. PilotAware LTD Is Registered In England #09786359- VAT Registration # GB265717774